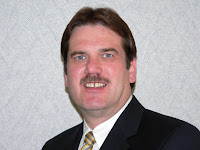 By now, you’ve likely heard about the big announcement that Charming Shoppes, Inc., made in March, that the company is planning to upgrade and expand its distribution operations in Greencastle and add up to 135 jobs by 2014.

While this is the most recent positive economic development news for our community, it continues a positive trend that began about a year ago.

You may remember that in the spring of 2011, Crown Equipment announced the expansion of their facility on SR 240. Construction of the 140,000 square-foot expansion proceeded through much of last year. Today, the company is moving into the new space and reorganizing some of the activities in the older section of the plant. During the next several years, over 140 new jobs will be added at the facility.

In the summer of 2011, both Chiyoda USA Corporation and International Automotive Components (IAC) announced investments in new equipment, as they’re both pursuing new contracts and new business. IAC will soon be manufacturing door panels for the new Ford Escape using some of the latest in “green” materials and technology. This new business will allow IAC to recall and add 255 employees. At the same time, Chiyoda is developing local expertise in blow molding for the automotive industry.

Phoenix Closures announced in August of 2011 that it would locate a new plant in Greencastle and create 90 new jobs over the next several years. Since that time, the company has already made substantial progress in renovating their facility on Manhattan Road, and in addition to the renovations, Phoenix is expanding the facility.

The company expects to start production in mid-2012. Hiring of management and professional positions has begun. Hiring for production positions has also started. Applicants can apply through the local WorkOne office or online at Indiana Career Connect. Employees will undergo extensive training to ensure outstanding quality and compliance with regulations that govern products used in the food and drug industries.

I think it’s important to share with you that, in recent meetings, members of Phoenix’ leadership team were very appreciative of the support provided by our community, including the city council, redevelopment commission, city department heads and staff, Duke Energy, CSX Transportation, WorkOne Western Indiana, and many others. We are, of course, thrilled to welcome Phoenix Closures to Putnam County.

Elsewhere in the county, investments were made in Bainbridge, Cloverdale and Fillmore. And, while it was announced in 2010, POET Bio-refining in Cloverdale started full production in April of last year. They are purchasing corn from local farmers. This additional income flows through to other businesses in the area with the purchase of goods and services by our agriculture community. 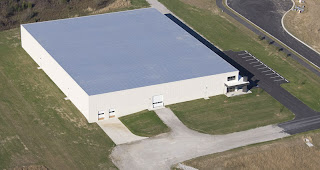 Clearly, it’s been a terrific 12 months. To sum up, for 2011, more than $60 million was invested in Greencastle and Putnam County. New and expanding companies have committed to increase local employment by 488 jobs in the next one to three years.

Thanks to the cooperative and collaborative nature or our community, we’re looking forward to the year ahead.