This summer, the Greencastle Community Garden has been rebuilt, thanks to a number of DePauw students and local residents.

Project Coordinator Michael Verbeek, a DePauw junior and Bonner Scholar, has led the community garden project over the past few months. He and members of the university’s Spanish Immersion Program, which is made up of both incoming freshmen and upperclassmen leaders, ensured that the garden was tilled, composted and fenced. They even helped build the ten 8-by-4 foot plots that are featured in the space. 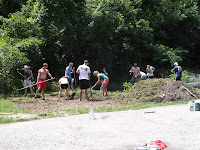 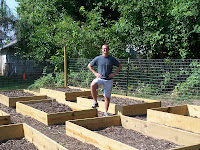 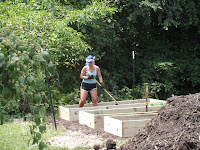 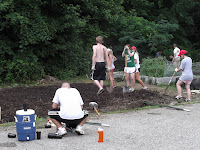 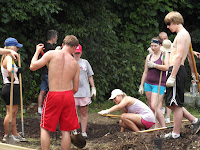 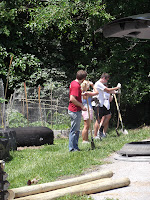 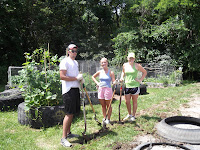 Local volunteers lent a hand, as well. Bruce Sanders, the primary manager of the garden, was pivotal to this summer’s progress, and Brian Cox provided fencing expertise. Matt Brauer, a recent graduate of DePauw, also helped out.

Financial support for the most recent community garden efforts came from a generous grant by the DePauw University Bonner Program Community Fund. The grant not only made it possible for the plots and fence to be constructed, but it also allowed for the inclusion of an ADA-accessible bed.

These combined efforts mean that phase one of this year’s project is now complete . Phase two will begin at the end of the season. Tires and cinder block plots will soon be removed and replaced with new wooden plot dividers. By the end of the project, Verbeek estimates there will be about 30 plots in total.

Future plans for the garden include a picnic table and a sign designed and colored by elementary school students.

The Greencastle Community Garden is located on the City Hall reserve parking site off Franklin St. First launched in 2009, it is a culmination of the hard work of community members, DePauw students, and the Greencastle Sustainability Commission.

*Please note: All of the compost for the Greencastle Community Garden was donated by DePauw University. Next spring Verbeek plans to organize a composting day where local residents can utilize extra compost from DePauw to further promote home gardening.
Posted by Community Forward Greencastle at 12:42 PM